Today I tried to combine a few different challenges... Bling, hgihtlight something, gems, movie inspiration and use the colours of your national flag.

That's what I came up with: 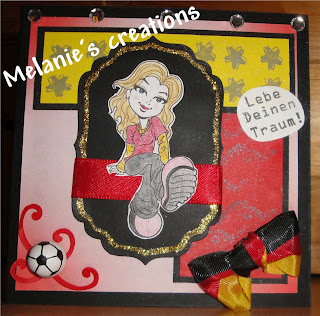 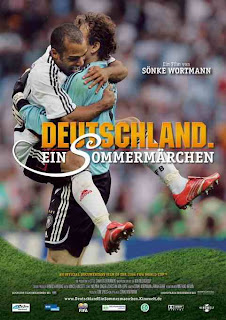 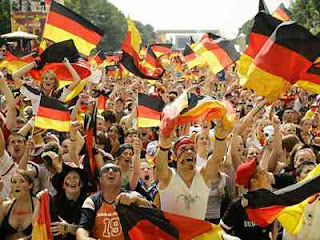 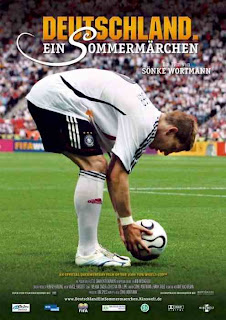 Favourite Song:
Usually I am not a soccer girl, but when the fifa World Cup had been here in Germany I had been watching sooo many games. That's also when this song was released: '54 '74 '90 2006.
I know it's a German song and not many of you can understand it, so I will tell you a little about it. The Germans had been soccer world champions in 1954, 1974 and 1990 and as they really wanted to win the championship "at home" the Sportfreunde Stiller came up with that song. It could be downloaded for free and the radios had been playing it all the time. Well, they sing about the team and that it had been a miracle 1954, good luck 1974 and the well earned price 1990 when they won the championship; and they aren't the best technicians when it comes to playing soccer, but they have their heart in their hands and passion in their legs and with that they're going to win...
When Italy kicked our team out in the semifinals, they changed the text over night into '54 '74 '90 2010 and sang about the next oportunity in South Africa. With this song they also welcomed our team in Berlin.


Unfortunately I missed the deadline on the "Colours of your national flag" challenge...


I am entering the card in the following challenges:

Melanie
I am a woman in her mid-thirties from Germany. I got started with stamping in 2011 and I am kind of addicted now... Whenever I have time, I try do to some creations with my stamps. I also like penpalling, reading and learning foreign languages as well as travelling around the world. If you want to contact me, you can write to melanieabraham1983 at hotmail.com

I've been a Guest Designer at

Penny's Challenge #48 Going for the Green